Jillian has just finished her first year of college and figures she’ll have a nice quiet summer back home on the family’s goat farm.  Those plans are forgotten, however, when she and her cat and goat are transported to the kingdom of Aeviternus, in an alternate world.  She wants desperately to find a way back home, and sets off in search of the one magician skilled enough to return her to her own world.  She discovers the primal elements in this realm and encounters many different creatures along the way.  She is befriended by twin clerics, but when she ends up in the hands of a sexual sadist and learns about the dark side of this land, it looks like she may be doomed.  Her cleric friends rush to rescue her with the aide of two magicians.  Will Jillian be able to get home?  Will she find love in this brutal world?  Or will she fall victim to evil? 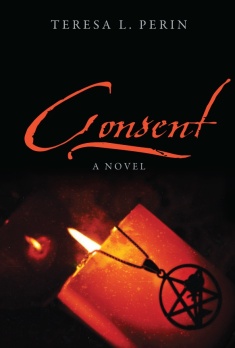 Sometimes the most dangerous enemy comes from within your own family.  In medieval England daughters meant dowries—land and money leaving the family.  Richard is determined to have a male heir to keep the castle Havenhoerte in their possession and forces his daughter, Emma, to marry at the age of consent, just twelve years old. This is only the beginning of the two families’ entanglement.  Kidnapping, knights, battles, weddings and witchcraft spanning three generations follow.

When her niece, Sarah, comes to visit, Emma is reminded of herself as the two get to know each other while working in the gardens.  Emma tries to help Sarah avoid the same kind of loveless arranged marriage she endured.  With nowhere else to turn, the two women look to the dangerous path of witchcraft at a time when witches were hung.

Emma finally confronts her own past and learns that it is possible for her to love and be happy.  This new happiness is threatened, however, when her father once again asserts control over his daughter and is determined to regain his land and destroy Emma.

Can love and chivalry overcome evil?  This question is put to the test time after time in this gripping tale of political alliances created and lost through marriage.